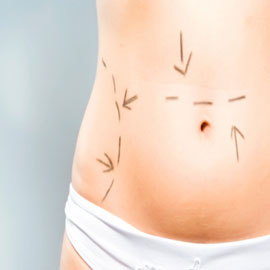 Fat burning injections are a better choice than liposuction for fast weight loss.

Remember the old saying, if something seems too good to be true, it probably is? This is never truer than it is when it comes to weight loss tricks. For centuries people have been trying to skirt their way around diet and exercise to lose a few pounds. As time moves on and research progresses we are lucky enough to encounter a few ways to enhance weight loss efforts, making it a bit easier to burn fat in conjunction with diet and exercise. However, even with these methods you need to follow the same dietary commandments: eat less, exercise more.

This is why so many weight loss specialists have cringed at the topic of liposuction for years. You are probably familiar with the promises of liposuction. By going under the knife, a plastic surgeon can remove fat from troublesome areas and then stitch you right into those skinny jeans. From the way it is marketed you would think it is a simple procedure, but the truth is that liposuction can be nearly traumatic, requiring an extensive recovery period and only offering minimal results in fat removal.

What the scalpel taketh away, the body puts right back.

Well, now those minimal results are questioned even further. A team of Brazilian researchers found that fat doesn’t seem to be removed during liposuction as much as surgeons and weight loss hopefuls have thought. Instead, one type of fat is simply replaced with another.

Liposuction works by physically removing the outermost layer of fat, subcutaneous fat. This is the fat that sits underneath the skin. It is the first type of fat to build when you start gaining weight and is the easiest layer of fat to lose when you start a medical weight loss program. When a surgeon removes this fat you can appear a few sizes slimmer somewhat quickly, but with liposuction these results are often short lived.

That is because subcutaneous fat is replaced by a deeper layer of fat called visceral fat. Visceral fat accumulates around the internal organs and is much harder to eliminate. It is also recognized as a much more dangerous form of fat that is highly associated with both type-2 diabetes and heart disease.

This switch of fat deposits is being called a boomerang effect, and has a lot of physicians second-guessing their inclination towards liposuction. This same team of researchers found that if patients begin an exercise regimen right away, then they are better able to resist the development of visceral fat. The problem with this logic is that after liposuction recovery lasts up to several weeks during which liposuction patients are restricted in the activity they can do. After undergoing a surgical procedure like that it is hard to expect someone to start exercising right away.

Instead of opting for liposuction, weight loss patients would be better off opting for minimally invasive fat burning injections. B12 injections do not require a scalpel or any down time, but can instead be introduced as part of any healthy diet and exercise plan.

Ready to Get Started?

Learn More About Our